Most of us are, at some point in our lives, going to struggle with our weight. We’ll get distracted by life, get a little older, forget to exercise as regularly as we should, or become so busy with work that we end up on a junk food diet. 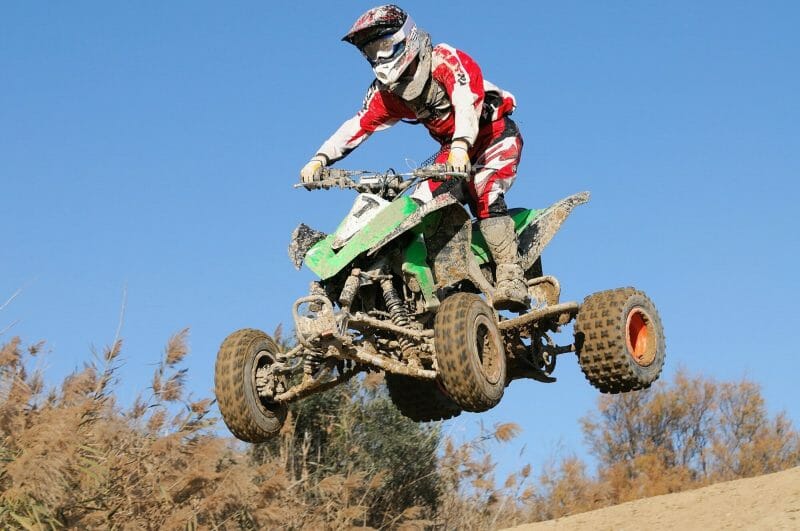 It happens to us all, and while society tells us that we should look one way, for the vast majority of us, that’s just another unobtainable goal that’s used as a yardstick to measure our worth. But being slightly bigger than the rest of the herd doesn’t mean that you can’t have fun and it shouldn’t stop you from enjoying all of the things that you’ve always wanted to do.

And it won’t stop you making the most out of the outdoor life and hitting the trails and going off-road on an ATV.

There was a time, admittedly not too long ago, when ATVs were the playthings of rugged hunting types, chiseled from stone outdoorsmen and the lean, mean athletic machines who subscribed to Extreme Sports monthly. But that was then and this is now, and the world of ATVs has moved on, and in the right direction.

Every ATV manufacturer now issues a weight guide for their machines that indicates the maximum amount, when fully loaded with rider and cargo, that it can, and will carry. And because things have changed for the better we thought it would be prudent, and that it was about time, that we took a closer look at the ever-changing world of ATVs and how it’s affected by and has adapted to, weight restrictions and limits.

First things first, if you’re in the market for an ATV, finding out about how a vehicle will cope with your weight is pretty much essential. While weight limits aren’t always definitive, they’re a pretty accurate guide to how much an ATV can comfortably carry while operating at peak efficiency.

That said, most manufacturers leave more than little wiggle room in the equation, so if you’re slightly over the figure that they quote, don’t worry about it too much as it shouldn’t have a significant impact on how your ATV is going to perform. However, these ratings exist for a purpose and while it’s okay to push them a little, adding too much to them can have a catastrophic effect on both your ATV and by inference, you.

ATVs, like most things in life, aren’t all the same but can be loosely grouped into three separate categories, so let’s take a look at each in turn. Like us, you’ve probably seen videos of riders performing all kinds of death-defying tricks on monstrously fast, aggressive-looking ATV’s and you’re probably just as smitten as we are by the idea of following in their footsteps. 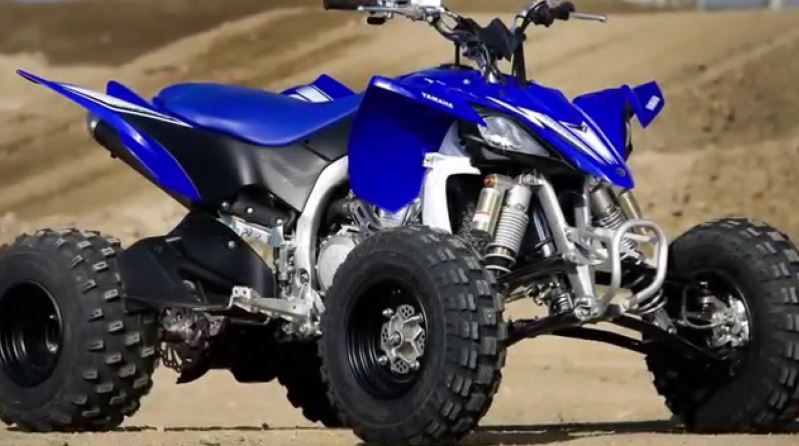 If you are, you shouldn’t be put off by the idea that you need to be lean and muscular to make a Sport ATV fly, as the weight the most popular models can easily handle varies greatly. While the Honda 400EX hovers around the two hundred and twenty-pound mark, the Polaris Scrambler XP 1000 will happily haul up to two hundred and ninety pounds, which realistically means it won’t lose an ounce of performance past the three hundred pound mark.

But the Sports ATV that’s on every extreme sports fanatic dream list, the Can-Am Renegade 1000R, the raging street beast ATV that every other ATV is terrified of, won’t bat an eyelid or lose any speed while carrying up to four hundred pounds.

By far the most popular and easily recognizable genus of ATV is the Utility 4×4, which is favored by off-roaders, mud lovers, campers, and hunting and fishing trip aficionados. It’s the ATV that made ATVs popular and helped to sell the lifestyle that they represent to multiple generations and is unsurprisingly the workhorse of the ATV world.

What is surprising though is the weight capacity that the most prominent and best-selling vehicles in this class can, and will, carry without complaint. The Honda FourTrax Foreman 500 is rated at anything up four hundred and eighty-five pounds, while the ever-popular Can-Am Outlander 570 is comfortable carrying up to six hundred pounds.

But the real revelation is the ATV that America fell in love with, the Polaris Sportsman XP1000 and it’s staggering seven hundred and fifteen-pound capacity that proves that size really doesn’t matter in the ATV world.

The third and final classification of ATV is the smallest and is focused solely on children. Youth ATVs are designed for the preteen market and, given that they’re compact, easy to ride vehicles, they’re surprisingly strong, durable, and able to deal with an incredible amount of weight.

The ever-reliable Can-Am DS-90X will ferry a full load of one hundred and twenty pounds, while the junior version of Polaris’ Sportsman, the 110, will make mincemeat of any dirt trail with one hundred and eighty pounds on its saddle. The leading model in the youth group is the jaw-dropping Honda TRX-90X which can easily shoulder one hundred and ninety pounds without missing a step or losing a beat.

For any child worried about peer pressure, the rugged, physical lifestyle that ATVs represents offers an appealing and healthy alternative to sitting on the couch playing videogames and will happily welcome any preteen into its embrace, no matter how big or small they are.

How Can I Change The Weight Limit Of My ATV?

While the rules that control the weight limits that ATVs are capable of adequately dealing with shouldn’t be broken and we’d always recommend that you default to and abide by, the manufacturer’s guidelines, there is a way to gain a little bit of extra leverage and raise the weight bar of an ATV. 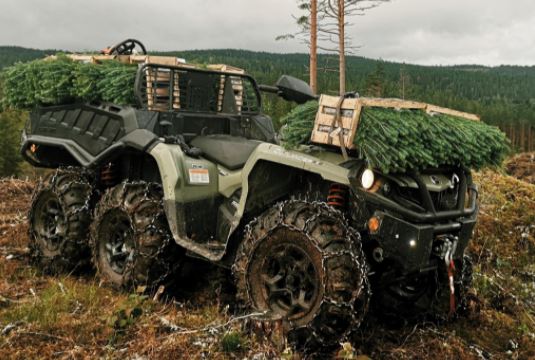 If you’re absolutely deadset on a certain ATV, can’t be dissuaded from purchasing it but are still slightly to heavy to ride it, you could always swap the standard shock absorbers for an aftermarket variety that’ll up the limit set by the manufacturer.

If that is a road that you choose to travel down, then we’d recommend that you install these purpose-made shock absorbers that were specifically designed to deal with the stresses and strains of motorcycle racing and should sufficiently up the ante enough for you to hit the trails on your chosen ATV. Available in a number of different sizes and colors, these shocks will fit most ATV’s, but before you replace the stock factory shock absorbers, make sure that your replacements are the right size for the ATV of your dreams.

That said, it isn’t a path that we’d take. Why would we need to? The world of ATV’s has moved on, and weight is no longer a restriction or a reason to not enjoy it to its absolute fullest. There really is an ATV for everyone, regardless of their size.