For many, knowing the background and source of their purchase is important. This includes the location where the product was manufactured and assembled and many individuals have greater confidence in their purchase if it was made in the country in which they reside.

For some individuals, the most important factors that they consider before buying their vehicle are quality and performance, however, there is becoming an increasing demand for vehicles that are made in the USA. 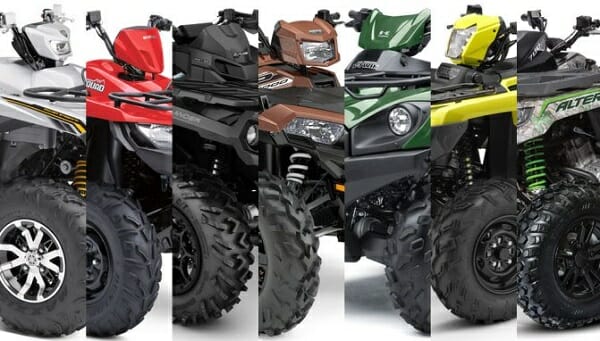 While you can source good quality ATVs from brands situated in different locations across the world, for those looking for a locally manufactured and assembled ATV, you will be pleased to know that there are many strong contenders situated in the USA with the manufacturing and assembly process occurring here too.

Below, we have identified some brand manufacturers of ATVs that are made in the USA.

Founded in 1954, Polaris is an American manufacturer based in Minnesota. They make motorcycles, ATVs, and several other electric vehicles.

The components are mainly manufactured in Osceola, Winsconsin while the vehicle assembly itself typically takes place in Roseau Minnesota. The brand itself is a strong competitor for producing good quality ATVs. In fact, their reliability is highlighted by the fact that their ATVs are often used by the military since they have powerful diesel engines.

Formed in 1960, Arctic Cat is another well-known company based in the USA that produces a range of snowmobiles and ATVs.

The manufacturing of these vehicles takes place in Thief River falls in Minnesota and the brand itself is now a subsidiary of Textron which is also based in the USA in Rhode Island. For many, the Arctic Cat ATVs are a preferred choice due to their reliability and robust builds.

Despite being a brand that was predominantly known for manufacturing boats, Tracker has now expanded its offerings with a new addition to their lineups being ATVs. Tracker is another American brand that is owned by a partnership of two companies; Textron and Bass Pro Shops.

All of the vehicles offered by the brand are designed and manufactured in the Textron USA plants, these being out of the following options, Minnesota, Augusta, or Georgia.

Can- Ams ATVs were first released by the brand in 2007. All of the vehicles that are made by the company are manufactured by Bombardier Recreational Products which is a Canadian based company. The company also has headquarters based in Valcourt and Quebec.

While the ATVs produced by the brand may not be as top in class as some of their competitors, they remain to be a reliable and solidly built option. 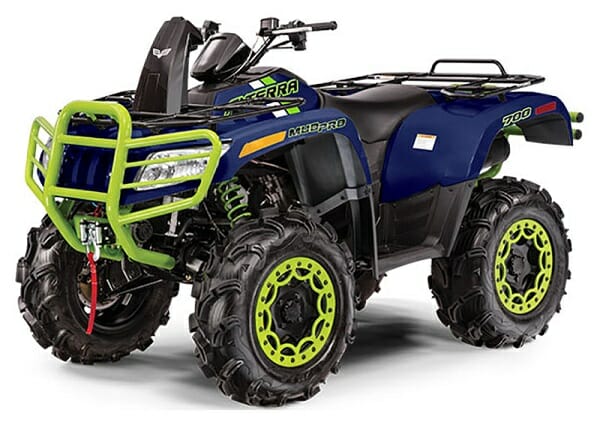 You are likely to have realized that many ATV brands that are made in the USA are from companies that are subsidiaries of a larger company called Textron. As an industrial conglomerate company, Textron is based in Rhode Island America. Arctic Cat is an example of one of their subsidiary companies with the company joining Textron to create the Textron Offroad brand. When browsing the Arctic Cat range you will find that many of the vehicles offered by the range have now been rebranded as Textron named vehicles because of this reason.

While Textron is primarily a USA based company, they do have operative divisions located in 16 countries with a presence in a further 25 countries.

Are ATVs Made in the USA the best on the market?

It is not necessarily the case that ATVs made in the USA are better than those made by brands situated elsewhere. Of course, some individuals would prefer to source their purchase from an American based company as they will be supporting development and business in their home country. However, all brands have their strengths and weaknesses when it comes to the ATVs that they manufacture. For example, the type of ATV that you purchase is going to influence the weight with some being lighter than others, some brands may offer some that are more robust, while others may offer ATVs that are of higher quality and better performance. 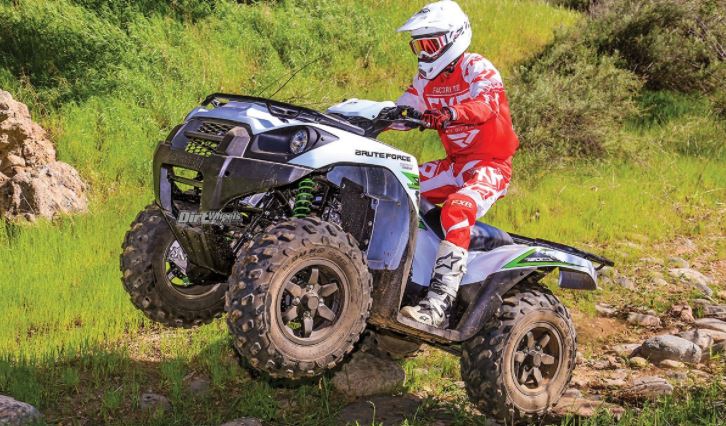 You will often find that the majority of ATV brands now manufacture their vehicles in the country that they are intending to sell them in. There are many other brand dominators such as Honda and Yamaha, however you will find that they are not brands that are made in the USA.

As you can see there are a few brands that praise themselves for producing their ATVs in the USA. However, it is also important to note that while many manufacturers claim that their products are manufactured and assembled in one place, it is often the case that their ATVs are assembled in the USA but they will then be sent to other countries such as China for manufacturing. Whilst this isn’t necessarily the case with all of the brands that we have mentioned above it is for many hence why they aren’t classified as ATV brands that are made in the USA.

Again, some ATV brands are subsidiaries of larger companies and so while they may not be solely recognized as their own brand, they are still a brand in itself however they have been remarketed, and often renamed to fit the brand ideology of these larger companies.

It is even likely to be the case with brands such as Arctic Cats and Polaris that while most of the manufacturing and assembly occurs in the USA, many of the parts used in the process of construction are sourced from elsewhere. You are likely to find it rather difficult to find one brand of ATV where every step of the assembly, manufacturing process, and every part used to create the ATV is solely from the USA alone. Even if the manufacturing and assembly process takes place in the USA, they may have sourced their materials elsewhere.