There are a few states that completely prohibit the use of ATV’s on roads, however these states do allow the use in exceptional circumstances, such as emergencies, and sometimes when used for agricultural purposes, or crossing a road. 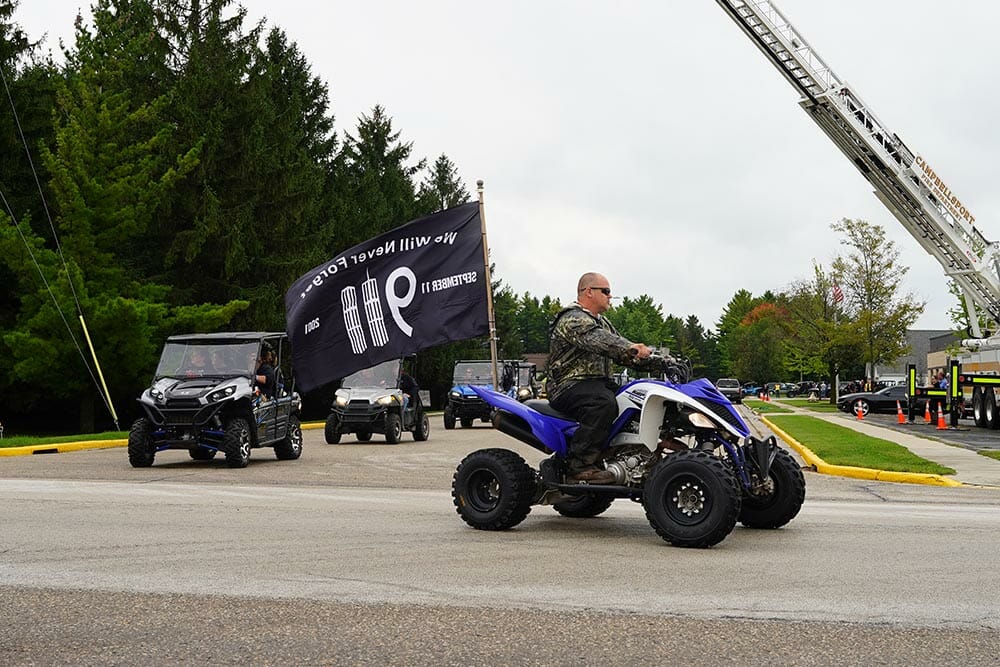 Some states which allow the use of ATVs on the road will have some restrictions but generally are lenient, such as; Arizona, Alaska, Colorado, Kansas, Louisiana, Kentucky, New Mexico, and Florida.

Each state has its own rules regarding the use of ATVs of the roads, and some states will have individual rules in counties and certain areas, so it is always best to check the specifics before jumping on your ATV and hitting the tarmac. PS. Ever wonder about rock crawling?

Can you drive a four-wheeler on the road in Florida?

In the state of Florida you cannot expect to be driving your ATV down the highway, and it is also very unlikely that you will get away with taking it to the store when you go to do your grocery shopping.

The rules for ATVs in Florida state that no person under the age of 16 years of age may operate, ride or be propelled on an ATV unless they are wearing a safety helmet and eye protection. 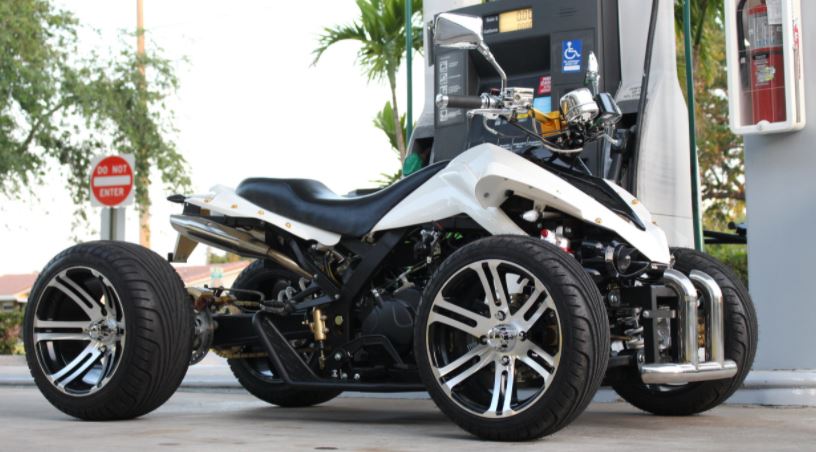 In the state of Florida ATVs may not be operated upon public roads, streets, or highways except if they are otherwise permitted by the managing state, or by the federal agency.

Can you drive an ATV on the sidewalk?

The short answer is no. You cannot drive, operate, tow, push or park any vehicle or equipment on an area of public property that is not designated for vehicular use.

Some states may have more lenient rules in this regard, depending on the overall ATV rules of the individual state.

However, generally rules state that a motor vehicle of any short should not be driven on any area that is not designed for vehicular use.

This means sidewalks as well, sidewalks are intended for pedestrian use, and therefore to use an ATV on a sidewalk presents a hazard to people traveling by foot and can be very dangerous.

So when you are driving your ATV, stick to the roads, if ATVs are road legal in your state, and if not stick to the legal areas, but away from sidewalks.

It is similar as to why you cannot drive a scooter, a motorbike, and even a car on a sidewalk either, it just is not safe.

What makes a four-wheeler street legal?

There are many factors that you need to consider if you want to make your ATV street legal. Many states will have certain requirements in order to allow an ATV to be street legal.

It can be a significant investment though, so you should make sure that it is actually worth it.

If you never need to touch paved roads then it is not really worth the cost, but if you do need to, and you want to make your ATV more like your primary mode of transport then it can be useful.

First, every state has different requirements, so you should find out yours, the modifications you will need to make will be based on that.

However, the most likely modifications you will have to make will be; adding a horn, a license plate holder and a light, turn signals, mirrors, street tires, tail and brake lights, a speedometer, a rear reflector, mudflaps, a windshield, a muffler, and headlights.

You will also need insurance of course, and many states may require you to undergo an inspection.

Where can I ride my ATV in Nebraska?

In Nebraska ATVs are considered to be off-road vehicles, they are generally not registered for public road use. They may not be operated on any controlled-access highway with more than two marked traffic lanes.

You can cross a two-lane or larger highway on an ATV as long as you do so in a specific manner, crossing at an angle of ninety degrees at a place where no obstruction will prevent a safe crossing, yielding the right of way to oncoming traffic, headlights and taillights must be on, and more.

In Nebraska, there are many areas in which you can ride your ATV, places such as; Bessey Ranger District, Pine Ridge Ranger District, McKelvie National Forest, Flat Rock Ride OHV Park, and Harlan County Reservoir OHV Area.

There are plenty of places to ride your ATV in Nebraska while avoiding non-legal roads.

Are ATV’s street legal in NY?

New York has a few rules in relation to ATV use. First, no passengers are allowed on ATVs unless it is designed for more than one person. All riders must wear a helmet, the vehicle must be registered with the DMV, no use of ATVs on highways, except in the event you need to cross the road.

Operators between 10 and 15 may ride an ATV on their parent’s land while under supervision, No ATV shall be operated without a lit headlight and taillight from half an hour before or after sunrise or sunset.

ATVs cannot be operated on public highways, so the general consensus is that they are not street legal, however, you may use an ATV to cross a highway, it is also okay to use an ATV on a highway if that highway has been designed and posted for ATV use, generally, these sections of highway are very short distances that connect to off-road trails.

It is important to keep an eye out for signs that will let you know if an ATV is able to be legally operated in the area that you are in.