Henry Ford didn’t build his automotive giant on what he imagined he’d do ten years in the future, he chiseled it from the here and now and what he, and the engineers and factory workers who assembled his cars were actually doing.

He knew that tomorrow never comes and forged a global brand based on what his cars and trucks were doing in the here and now and not what he or his descendants thought they might do in the future.

It was a bold vision, but it was one that paid off as Ford went on to become one of the most recognizable and familiar names in the world. But even giants can have an off day and the first decade of the twenty-first century almost put paid to Ford’s dreams of diesel domination for good. Today on ATVA Online, we have you covered with 2011-2016 Ford 6.7L Powerstroke specifications. 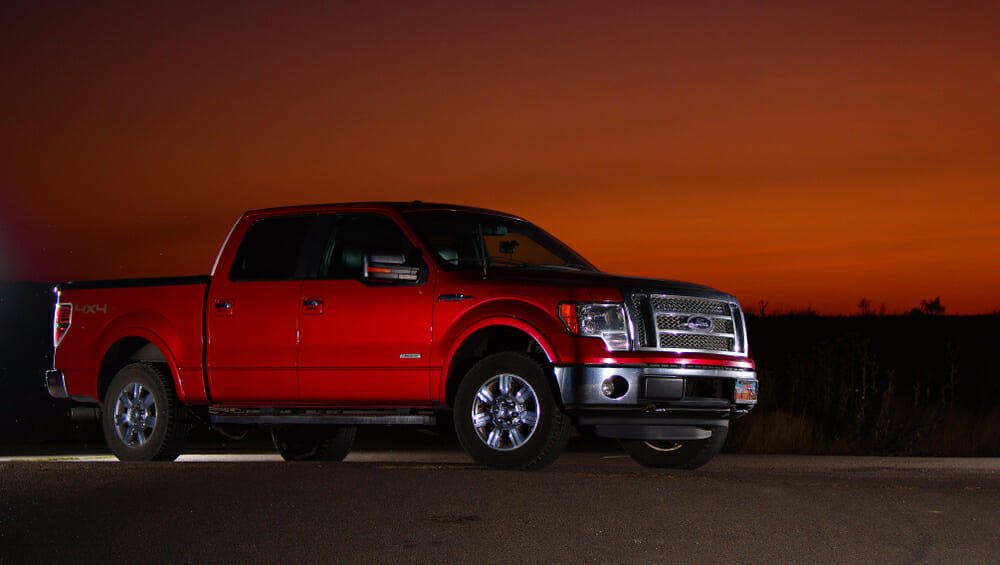 The opening decade of the millennium is widely acknowledged by Ford fans as being the disastrous era of the Powerstroke. Searching for a reliable power plant for their Super Duty trucks, they teamed up with International Navistar who created a range of six and six-point four-liter diesel motors for Ford’s trucks.

It was a decision that Ford and their customers would come to regret and lament as the motors that pushed the Super Duty’s down the road between two thousand and three and two thousand and seven were beset by problems and almost wrecked Ford’s long-standing relationship with the truck driving public for good.

If they were going to win back the hearts and minds of the Ford faithful, they needed to go the extra mile and do something incredibly special. Ford needed to pull a diesel-powered rabbit out of their hat, which was exactly what they did in two thousand and eleven.

Back To The Drawing Board - The 6.7L Powerstroke

If you want something done properly, then you have to do it yourself. Having engineered, designed, and made their own engines for more than a century, Ford was more than capable of making a motor that would turn their diesel-based fortunes around, and in two thousand and eleven, they unleashed the motor that was referred to behind closed doors as “The Scorpion”, a brand new six point seven point liter Powerstroke diesel engine.

From the word go it was such an enormous success that ten years later, it’s still being used to power their Super Duty trucks.

The first six-point seven Powerstroke that emerged in two thousand and eleven was capable of producing seven hundred and thirty five foot pounds of torque and three hundred and ninety horsepower.

The figures were jaw-dropping and stunned the diesel fraternity, but the most surprising thing about the motor that Ford had called the Scorpion was that it was also the most eco-friendly and efficient diesel motor that they’d ever made.

But they weren’t happy, and believing that the customers actually deserved more, Ford went back to the factory floor and altered the tuning of the motor so that, straight off the block it would make four hundred horsepower and generate eight hundred foot-pounds of torque. Ford was back in the diesel game.

The 6.7 Liter Powerstroke - Building From The Ground Up

One of the issues that Ford was determined to conquer with their Powerstroke was the durability and dependability of their motor, so rather than using cast iron for the block of the Scorpion, Ford used Compacted Graphite iron, which is far stronger.

Coupled with a tougher, nodular mounted crankshaft, forged steel connecting rods, and cast aluminum pistons, the Scorpion had everything that it needed to withstand the pressure that the horsepower and torque that it was designed to make would inflict on it on a daily basis. It was and still is, a serious motor for serious truck owners.

Using reverse-flow cylinder heads, the Powerstroke actually benefits from turbo lag (the dead spot in acceleration before the turbo spools up, kicks in and gives the motor the boost that it was designed to) and thanks to the way air flows through the motor, and the fact that it’s armed with the four valves (the Scorpion is a thirty-two valve motor), four pushrods and four rockers per cylinder and doesn’t need rocker bridges, the Scorpion isn’t just tough, durable and efficient, it’s also surprisingly quiet.

Unlike most motors, the Powerstroke actually uses and benefits from two separate cooling systems, a primary unit and a secondary one. The first follows the traditional role and is used to maintain and control the temperature of the motor, while the secondary cooling system is designed to cool the EGR (exhaust gas recirculation), air to water intercooler, and transmission fluid.

Both cooling systems are pump-driven and engineered to ensure that the motor always operates at peak efficiency, and were built to eliminate the coolant problems that plagued the previous Powerstroke motors.

One of the most revolutionary aspects of the motor is the way the intercooler works, delivering much colder, far denser air to the motor that increases its efficiency and performance.

Much smaller than a standard intercooler, the air to water unit that the Scorpion (which we still think sounds much better than Powerstroke) uses was also designed to alleviate the issues that the previous generation of Powerstroke intercoolers was notorious for, and by once again going back to the drawing board Ford managed to both dispel those problems and improve the efficiency of the motor at the same time.

While Ford doesn’t share the same proclivity for tinkering with their motors that Cummins does, knowing how much rested on the success of the Powerstroke, led them to experiment with the best turbochargers for their motor, before they finally settled on the two units that they would fit to their motor.

It used a wastegate to prevent the gases that it fed back into the engine from damaging its turbine, but didn’t deliver the sort of extended performance that Ford hoped it would and the Super Duty’s driver expected it too. And as a result, at the end of two thousand and fourteen, it was retired and replaced with a turbocharger that would achieve everything that Ford thought that their SST turbocharger should have.

The successor to the SST turbocharger was, and still is, the Garrett G37, which like its predecessor is a VRT (variable geometry turbocharger), which while being more basic, and devoid of the wastegate system that the SST used, is much larger and far more efficient in the way that it helps the motor to induce turbo braking.

For those not in the know, turbo braking is one of those clever engineering solutions that allow a much bigger vehicle to reduce its effective stopping distance without being overly reliant on the brakes. And if you’ve ever sat behind the wheel of a Ford Super Duty, it’s one of those “hidden” miracles that make the truck such a joy to drive.

Fuel injection has always been an incredibly methodical way to increase the power that a motor makes and how efficiently and easily it produces that power.

For their band new Powerstroke, Ford elected to use a high-pressure common rail system that worked in conjunction with Bosch’s patented CP4.2 injection pump and piezoelectric injectors that were chosen mainly because of their efficiency, but partially because they were also incredibly quiet and helped to reduce the amount of volume that the motor generated.

Two thousand and fifteen, the year in which Ford changed the Powerstroke’s turbocharger, also saw them strip back the fuel injection system that the motor used. They increased the stroke of the CP4.2 and altered the way in which piezoelectric injectors deliver fuel to the motor, adjusting their spray so that it became much finer.

It was the combination of adjusting the fuel injection system and changing the turbocharger that the motor used that saw the power, performance, and range of the Powerstroke improve from two thousand and fifteen onward.

However, that doesn’t mean that the motor isn’t without issues. Its main fault lies with the injection pump that it uses, the Bosch CP4.2. Fuel quality can be an issue that, over time can result in the fuel injector failing and as a result, both Ford and Super Duty fans recommend that you should always pay close attention to the service intervals that the motor needs and stick to them as rigidly as possible.

And, if you’re at all mechanically inclined, it can’t and doesn’t hurt to change the fuel filter that the motor uses on a semi-regular basis. By changing the filter, you’ll significantly reduce the already incredibly minuscule possibility that the injection pump might fail, which is something that can and will ruin anyone’s day. 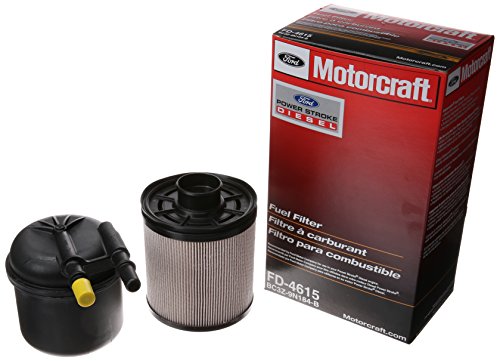 With the EPA (Environmental Protection Agency) and CARB (California Air Resources Board) regularly curbing and reducing the acceptable amount of emissions that diesel motors can produce, Ford was determined that their new Powerstroke would greatly reduce the emissions that the previous generations of the motor made.

To do this, Ford developed and refined a new emissions control system that they called Selective Catalytic Reduction, which injects diesel fuel into the exhaust system to help burn off, and dispose of carbon and particulates before they reach the DPF (diesel particulate filter) and redirects the energy of the reaction to where it can be used to increase the performance of the motor. It actually reduces the amount of emissions that the motor produces by around eighty percent and increases the efficiency of the motor at the same time.

We bumped into a Ford engineer at a party about six months ago and she went to great lengths to explain exactly how the system works, but we ended up getting lost in the details about halfway through her in-depth explanation, which sounded like rocket science to us.

All that we did manage to take away from the conversation was that it was an incredibly clever way to reduce engine emissions and increase the efficiency of the motor which makes sure that Super Duty drivers save money at the diesel pump and can get more miles out of their trucks for every diesel dollar they spend.

Ford also went to great lengths to redesign the EGR (exhaust gas recirculation) system that the Scorpion used, as one of the most common faults that the previous generations of Powerstroke motors fell victim to, was EGR failure. It was an expensive fault to rectify, and Ford wanted to ensure that it was one that future drivers wouldn’t fall prey to.

Built around an EGR valve that carefully controls the amount of gas that reaches the EGR coolers, which in turn significantly reduces the amount of sludge and exhaust debris that builds up, Ford’s new system was and is a much more efficient and effective way of controlling and recycling the amount of exhaust waste gases that the motor creates.

The four hundred and six cubic inch V8 6.7 liter Powerstroke, commonly known as the Scorpion to the engineers who designed and developed the motor is saddled with two different sets of performance figures thanks to Ford’s two thousand and fifteen overhaul which vastly improved the horsepower and torque that it was capable of producing.

Between two thousand and eleven (when it made its debut as the power plant of choice for Ford’s range of Super Duty pickup trucks) and two thousand and fourteen, the 6.7 liter Powerstroke motor (following the factory floor retune which upped its performance numbers) produced four hundred horsepower and eight hundred foot pounds of torque.

And that additional horsepower and torque mean that the two thousand and sixteen variant of the motor can tow nineteen thousand pounds as standard, but in its fifth wheel configuration can pull thirty one thousand pounds of weight. It’s safe to say that Ford won back all of the hearts and minds of the diesel world with their incredible 6.7 liter Powerstroke motor.