When it comes to researching ATVs, you start to notice ties between companies, which can lead you to wonder who owns what, and who makes what.

It can be a tricky terrain to navigate, which is why we’ve answered some of the most popular questions on the web regarding Polaris and Arctic Cat, as well as their parent companies.

PS. Learn about how to clean an ATV after mudding here.

Does Polaris own Arctic Cat? 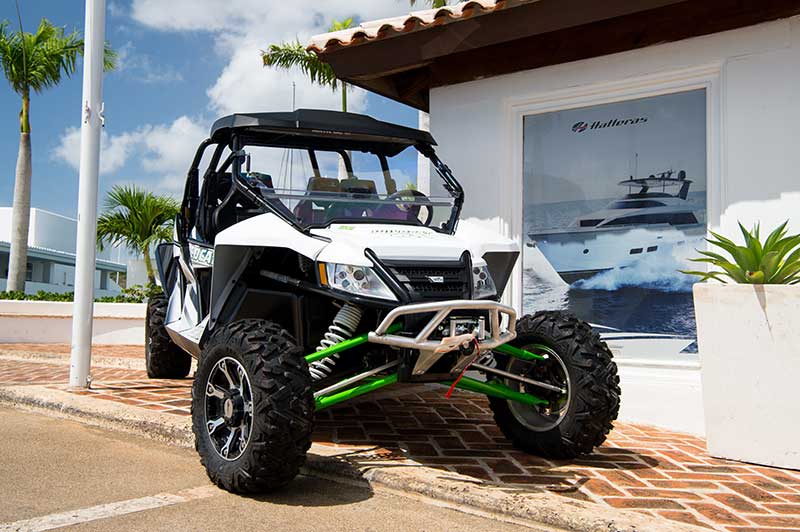 Polaris doesn’t own Arctic Cat, but there’s a link between the two companies.

Arctic Cat was formed by Edgar Hetteen in 1960 – the snowmobile pioneer responsible for creating Polaris Industries.

Arctic Cat was originally known as ‘Polar Manufacturing’ but then changed its name to Arctic Enterprises. It wasn’t until 1996 that the company officially became known as Arctic Cat.

However, in January 2017, Textron announced they were acquiring Arctic Cat for $247M in a cash transaction. Textron Inc. is a family of brands that includes Bell® helicopters, Cessna aircraft, and more.

Did Arctic Cat go out of business?

During their time known as Textron Off Road, Arctic Cat released some of their biggest and most successful ATVs, including the Wildcat XX with its industry-leading suspension system. However, Textron eventually decided to return to the original Arctic Cat brand as there seemed to be a clear desire and demand for it from loyal customers.

So in early 2019, after a couple of years of Textron Off Road, Textron announced the return of the Arctic Cat brand, and their ATVs and side-by-sides returned to the market, starting with the 2020 model.

Just like their vehicles, Arctic Cat has navigated tricky terrain over the years, and this isn’t the first time they’ve encountered difficulties. The company went bankrupt in 1982, and two years later, a new company Arctco was established to continue the production of Arctic Cat snowmobiles.

Arctic Cat was alive and thriving again, and in 1996 the company officially changed its name to Arctic Cat – the brand we know and love today.

Does Suzuki own Arctic Cat?

No, Suzuki doesn’t own Arctic Cat, but the Japanese manufacturer Suzuki supplied engines for Arctic Cat’s ATVs and snowmobiles for many years, since 1976.

In summer 1988, Suzuki also became a major shareholder in Arctic Cat, paying $12.8 million for a 33 percent stake in the company, which back then was known as Arctco.

In 2011, Arctic Cat cut its ties with Suzuki, paying the Japanese company $79 million to buy back its stock, a move that was applauded by investors.

Arctic Cat continues the majority of its manufacturing, including snowmobile engineering, in Thief River Falls, Minnesota, and also manufactures engines at a facility in St. Cloud, Minnesota.

Does Textron still own Polaris?

Textron bought Polaris in 1968, and while it kept Polaris in Roseau and continued snowmobile manufacturing, it also began research and development on watercraft and wheeled turf vehicles.

However, things started going downhill in 1981, and Polaris management lead a leveraged buyout. Textron wanted to instead focus on defense contracts, and so it tried to sell Polaris to rival Bombardier, but the deal fell apart. 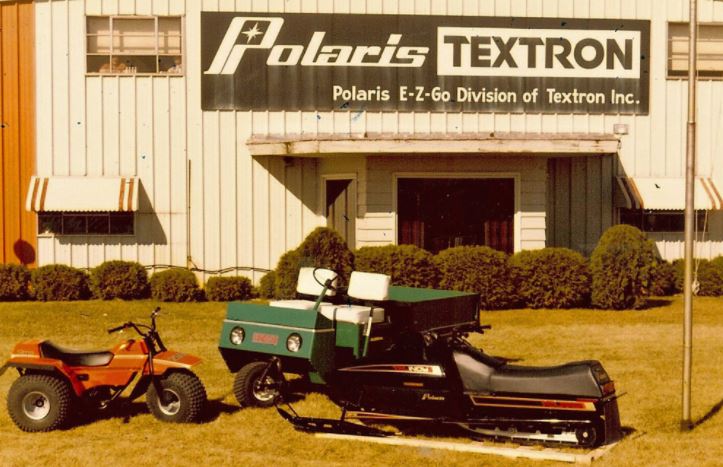 The management group leveraged buyout was led by the then-Chief Executive Officer, W. Hall Wendel, Jr. who believed that there was still a market for snowmobiles in the U.S. In July 1981,  Polaris Industries was created and a shutdown of the Roseau plant was thankfully avoided.

It took some time for Polaris to get back on its feet, however. The 1982 product line saw barely 5,000 machines manufactured, and even so, these were just the 1981 model with a few tweaks.

The same year as the buyout, Polaris then attempted to purchase Arctic Cat but the deal fell through. Arctic Cat shut down, and for a while, Polaris was the only American snowmobile manufacturer.

Arctic cat is in the top four ATV brands and has been a frontrunner since it broadened its production line back in 1996 to include utility ATVs as well as snowmobiles. 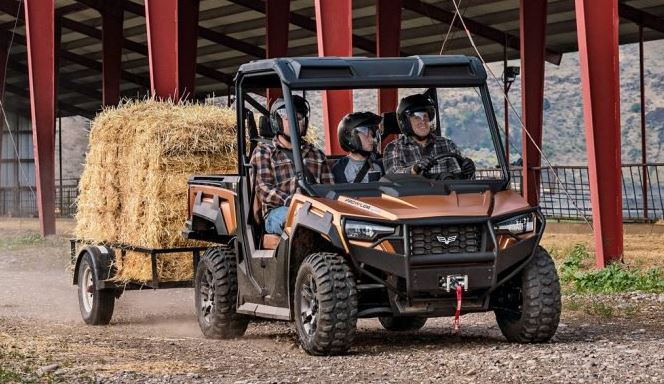 One of the leading Arctic Cat ATVs is the Altera 300, which is popular due to its steady and reliable suspension and low weight, making it ideal for beginners and young drivers. If it’s speed you’re after, the Wildcat is a favorite amongst sport drivers, thanks to its liquid-cooled 915cc engine capable of over 90 hp.

Arctic Cat’s ATV engines were previously made by Suzuki, as we mentioned previously, and since 2007, Arctic Cat has been producing ATV motors from its plant in St Cloud, Minnesota. The transition away from Suzuki was an attempt for Arctic Cat to have greater autonomy over their engines and where they’re produced.

Arctic Cat offers a wide variety of ATVs and side-by-sides, and the main engine packages of a 1000cc V-twin, and 700cc and 550 singles, cover a variety of different power needs and ATV uses.

That said, engines of less than 500cc displacement are outsourced by Arctic Cat, but seen as the majority of their engines exceed 500cc, most of their ATVs and UTVs are powered by the Minnesota-built motors.