On a basic level, yes, quads are easy to ride. Anyone who can drive a car can ride a quad bike in the sense that they will be able to make it go forward, backward, and turn.

However, easy as it might be to ride a quad, mastering a quad is much more difficult.

Quad bikes, with their four wheels, tend to give new drivers a false sense of security. People tend to view them as safer than motorbikes because they are balanced and harder to tip. The reality is, that quads are one of the most dangerous vehicles around. 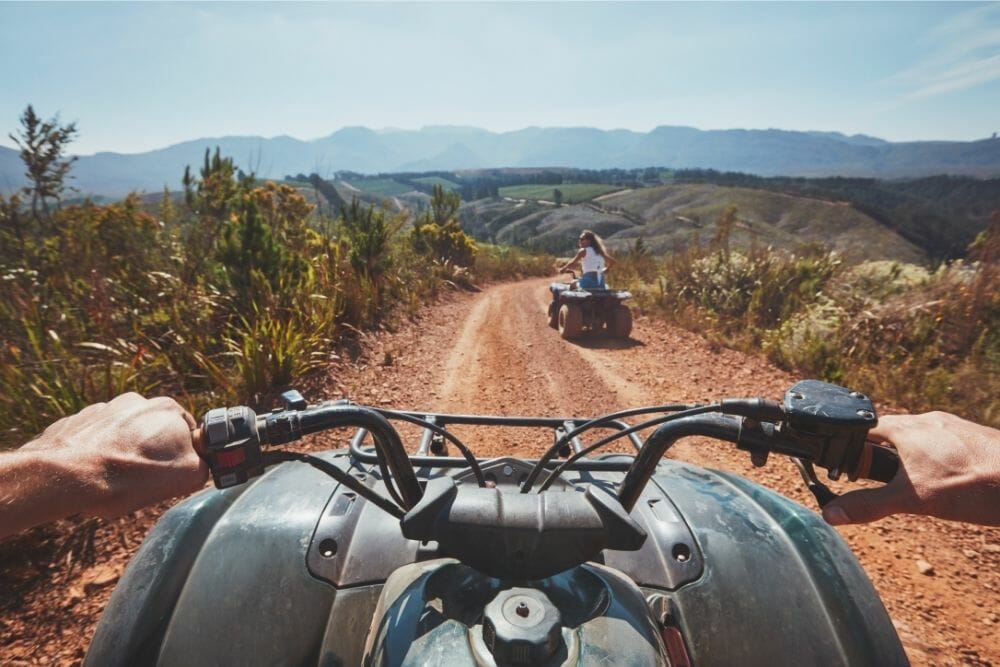 In part, the danger of quad bikes has to do with the recklessness that permeates the quad-biking world. This is compounded by that false sense of security that quads seem to create.

There are many stories and lawsuits surrounding the unsafe use of quads. These include people injuring themselves as the rider, and quads causing accidents when ridden unlawfully on the road.

That being said, quads are versatile vehicles and extremely helpful in many situations. There are lots of different types of quads including utility quads that are often found on farms and ranches and recreational quads that are ridden for fun.

If you are thinking of riding a quad bike, it is a good idea to get some instruction before riding alone. Your instructor will help you get used to the quads lower center of gravity and the safe operation of the vehicle.

Quad bikes, also known as all-terrain-vehicles, or ATVs, are common sights on farms, ranches, and dunes. They are also becoming increasingly common sights on public roads. This leads a lot of people to wonder whether or not quads are road legal. 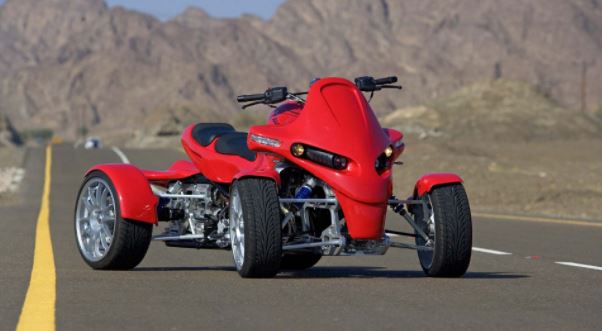 The answer is pretty confusing because it depends on where you are. Laws allowing or banning ATVs from public roads are made by the state. Naturally, this leads to disparity across the country.

In some states, the laws are extremely strict. Delaware, for example, doesn’t allow quads on any public roads or streets. You are allowed to push a quad bike along the road whilst in neutral, but you cannot ride it.

Most states allow you to cross public streets or roads, so long as you do so at a 90-degree angle. This is to prevent quad-bikers from riding along a road for a few miles whilst claiming to be crossing the road.

In general, quads are required to give way to traffic on roads when crossing. They may also have to come to a complete stop before crossing.

California, Connecticut, and Illinois are states that only allow quads on public roads if they are crossing the road.

Some states allow for wider use of quad bikes. In Montana, for example, you can ride a quad bike on public streets and roads provided you have made it road legal.

In order to make your bike road legal, you need to fit a horn, mirrors, headlights, and brake lights.  You also need to register the quad as a motor vehicle and display a license plate.

Arizona is probably one of the easiest states to ride your quad bike on public roads. All you need to add to the bike is a license plate, horn, and lights.

Before taking your quad bike onto a public road, make sure you check your local and state laws and bylaws.

Quads are more correctly called, all-terrain vehicles. They are designed to be ridden over all kinds of terrain, coping with wet, muddy, rocky, and steep environments.

They are not motorbikes which are a completely different class of vehicle. 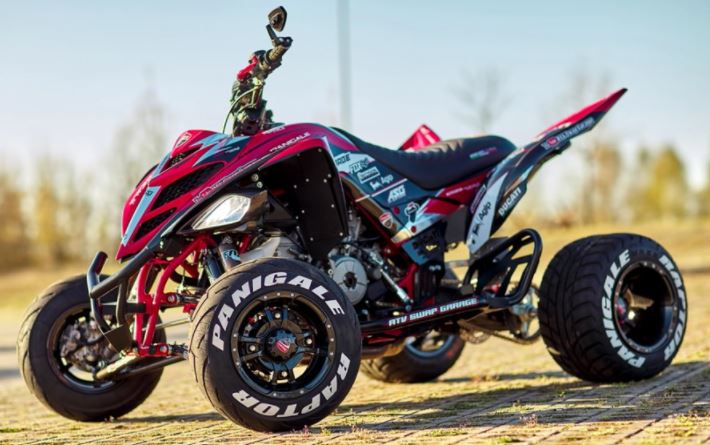 The terms motorbike or motorcycle are a portmanteau of the words motor and bicycle. These vehicles are simply motorized bicycles. The key word here is bicycle. To be classified as a bicycle, the vehicle must have two wheels. Hence, the prefix ‘bi.’

Quad bikes, by name and definition, have four wheels which is two too many to be classed as a motorbike.

In some states you need to register your quad bike to make it road legal. Generally, you are required to register the quad as a passenger vehicle or motor vehicle. There are a handful of states where you have to register three wheeled ATVs as motorbikes.

Are All Quads Automatic?

Nope! Some quads have automatic transmission, while others have manual transmission. You can also get semi-automatic quads if you’re after the best of both worlds.

Automatic quad bikes will cycle through the gears without any input from the rider. This means that you will always be in the ‘right’ gear according to how fast you are going. All you need to do, as a rider, is accelerate.

Some automatic quads do need to be put into high or low mode. This is similar to how you have to put an automatic car into drive before you can go. 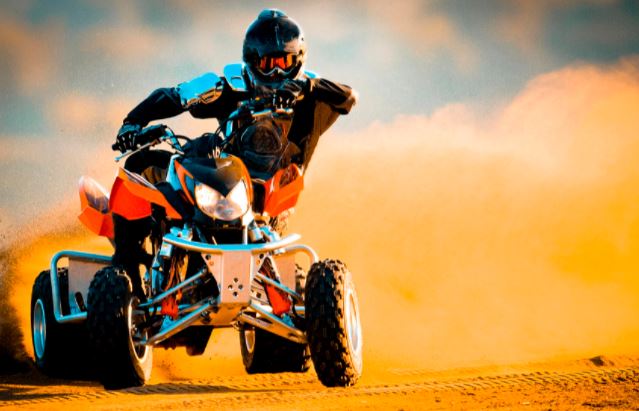 Automatic quads are the most common kind on the market, particularly amongst recreational quad bikes.

Manual transmission quad bikes are preferred by sport and racing riders as they give you total control. To change gear, you often have to press a pedal with your foot and flick a switch on the handlebars.

In between manual and automatic, you have semi-automatic quad bikes. These bikes are solely manufactured by Honda at the moment. They allow you to select a gear without having to fuss with a clutch pedal.

These bikes are useful for riders who cover wide ranging and challenging terrains such as rock faces and steep inclines.

They are also handy for people who haul or tow machinery with their quad bike as you have greater control of the speed and bite of the quad.

Ultimately, if you’re looking at buying a quad bike, it’s odds on that it will be an automatic quad.