Historically, Chinese quads have gained a reputation for being subpar vehicles when compared to American and Japanese ATVs, and while there is some truth in that, they shouldn’t be totally discounted.

Granted, there are plenty of Chinese ATVs that don’t hold a candle to a Honda or Polaris, but they’re not trying to compete at that level, so comparing them at the same level is redundant.

Moreover, the idea that Chinese quads are badly put together isn’t really true these days. Perhaps you’ve had a negative experience with one in the past, but production overseas has come on leaps and bounds since the late 90s, so you might be pleasantly surprised if you took a modern Chinese quad for a spin.

The important thing to understand about Chinese quads is that they’re far more affordable than ATVs made by leading manufacturers in other countries. In fact, on a price to performance ratio, Chinese quads offer the best bang for your buck by far.

As they are so affordable, you should have realistic expectations about the quality of the ride. They’ll have less give than a top model, they may be louder, and vibration may not be dampened as effectively as it could be, but that’s understandable.

You shouldn’t expect them to perform at the same level as a Kawasaki or Can-Am.

PS. Have you checked out our most recent article, LMM Duramax Specifications & Information?

Knowing that a Chinese quad isn’t going to be quite as reliable as a big bucks American-made masterpiece, take steps to safeguard your purchase, and choose one that comes with an extended warranty or buy from a store that has parts on hand.

Are all Chinese ATVs the same?

No, Chinese ATVs aren’t all the same. This is a bit of a myth that’s built up over the years. Just like any industry in any country, there is variety in their production. It wouldn’t make sense to produce tons of different versions of the exact same ATV as they wouldn’t cover enough ground in the market.

If all Chinese ATVs were the same, they would all perform at the same level, but they don’t. There are some great ones out there, some good ones, some okay ones, and some that should be avoided. The same is true of most other ATV manufacturers in different countries. 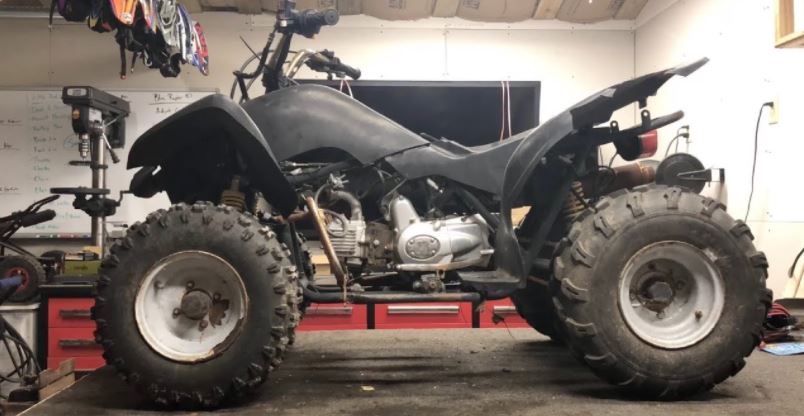 So where did this myth come from? It stems from the idea that all Chinese quads are built using the same GY6 Yamaha clone engine, but that’s simply not true. For starters, the 110cc and 125cc engines used in Chinese ATVs are more often than not Honda replicas. That’s a totally different design.

In addition, Chinese ATVs aren’t just limited to knock-off signature designs. There is plenty of variety in their engine architecture. In the last year alone, they’ve been fitted with different vertical, horizontal, and 2-stroke ‘pocket’ style engines.

To kill this erroneous notion off once and for all, even if all Chinese ATVs did in fact use the GY6 engine, they still wouldn’t be the same because there can be huge differences from one GY6 to another.

While they’ll all share the same fundamental single-cylinder, single-piston format, variations can include anything from different valve cover bolts to completely different sized heads.

What ATVs are made in China?

There is no shortage of Chinese ATVs absolutely killing it at the moment. Here are just a few of our favorites.

Coolster currently has three 110cc options available, the 3050B, 3050C, and 3050D. These are all incredibly reliable ATVs, and due to the 3050D’s compact design, it’s perfect for a young ATV enthusiast to cut their teeth on.

They also have a sizable 125cc range spanning 9 ATVs. These are quality quads primed for dominating challenging trails.

Their premium superpowered offerings come in the form of three 150cc ATVs and one monster 175cc ATV known as the 3175S.

For low power and high performance, you can’t beat an X-Pro. Their current lineup is small but full of quality engineering.

It starts with two 110cc quads designed especially for kids, then moves onto four 125s that incrementally increase in durability.

Tao motors have a huge selection of specialist ATVs for kids all the way up to experienced and professional riders.

Apollo is your best bet for buying a quality kid’s ATV for a great price. Models include the 110cc Mini Commander and Mikro, and the 125cc Sniper, Sportrax, Blazer 7 and 9, Commander, and Focus 10.

They also have a single Commander 200cc ATV available.

What is the Best Chinese ATV Brand?

The most popular Chinese ATV brand at the minute is Coolster, and it’s no surprise why. They’ve proven themselves year after year with super reliable, high-performance ATV designs at prices you won’t believe.

Coolster ATVs don’t just perform exceptionally well, they look amazing too, so if you like to look good while tearing up the trail, they should be a serious consideration for you. 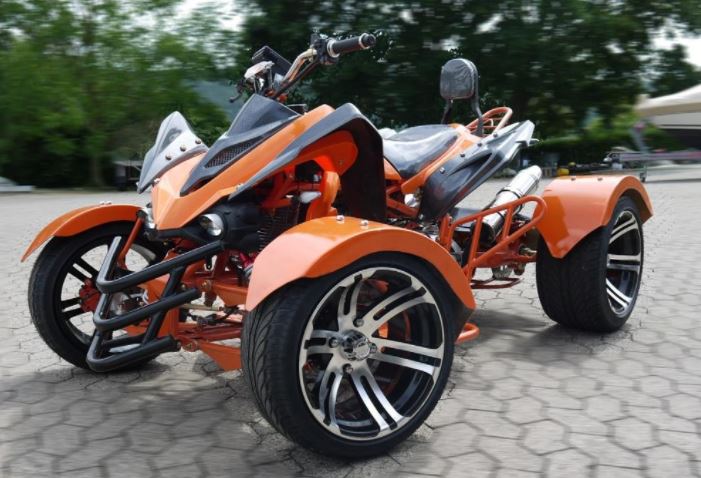 Top Coolster models such as the 3150CXC and the 3175S feature impeccable handling and fantastic shock absorption, making them perfect for taking on some devilishly challenging terrain.

Another reason Coolster is the number one Chinese ATV brand is their focus on customer support. As a family-owned business, they strive to nurture a close sense of community between staff, riders, and customers.

If you’re looking for the highest possible quality Chinese ATVs, we’d recommend X-Pro. Their ATVs are consistently voted the best in the category, not just out of Chinese competitors, but in general.

They’re dedicated to constantly evolving their craft, year after year, so you always have access to sensibly priced, state-of-the-art ATVs. Well established in the USA, their customer support is second to none, and parts are readily available – a huge feather in X-Pro’s cap.

We’d consider Tao Tao ATVs to be a close second in terms of quality and rideability. They also have a huge network in the USA, so if you’re considering a Chinese quad, we strongly recommend you give them a try.