A legendary diesel motor among the ranks of the more rabid truck devotees and racing fraternity, the six-point six-liter LBZ Duramax originally made its debut during two thousand and six when it replaced the LLY variant.

Engineered to produce more power and be more efficient than its predecessor, it was primarily used to power both GMC’s Sierra Heavy Duty pickup trucks and Chevrolet’s Silverado Heavy Duty trucks until two thousand and seven.

For a motor with such a relatively short production life, it had an incredible impact and is still much desired and sought after more than a decade and a half after it first made its debut.

Before you proceed with the rest of the article, we invite you to read our other popular guides here: Top Toyota Tundra Leveling Kits Guide and Recommended Blinds for Your RV for Traveling with Privacy. 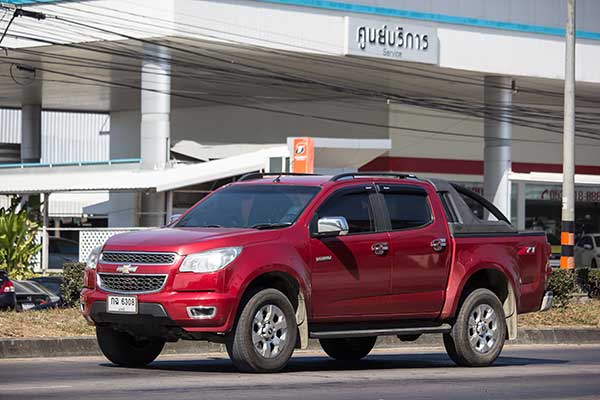 Brought in to replace the Duramax LLY, the LBZ was a much more focused motor as it was tuned to perform better than its predecessor, and delivered more horsepower, and generated more torque.

The main reason for its relatively short lifespan was the increasingly strict emissions guidelines that the EPA (Environmental Protection Agency) and CARB (California Air Regulation Board) brought into force during the motor’s lifetime and insisted that any vehicles met.

While the six-point six LBZ was fitted with an exhaust gas recirculation system that meant it met the emissions standards that were in place during the years that it was produced, it lacked the diesel particulate filter (DPF) which it would have needed to meet the increasingly stringent emissions rules.

Without the filter that it needed to survive, the LBZ was quickly replaced by the more emissions-friendly LLM which took its place in all vehicles that were made in two thousand and eight. But the two years that it was in existence helped to cement its reputation among diesel lovers and that’s all due to the way the motor performs.

The LBZ Duramax was engineered and designed to increase the power and performance in the GMC and Chevrolet trucks that it was paired with, and that’s exactly what it did. The improvements they made ensured that the LBZ, from a standing start in the hands of the average driver, would go from zero to sixty in just under ten seconds.  For a heavy diesel motor that wasn’t just impressive, it was sensational.

The reason that the motor was able to hit those sort of figures was due to the torque and horsepower that it produced. Able to generate three hundred and sixty horsepower and create six hundred foot-pounds of torque, it coupled acceleration and power with performance and would cruise happily at around seventy miles per hour while pulling just under two thousand rpm.

And even though it was fitted with a Garrett Variable Vane turbocharger as stock, it was also an incredibly efficient motor. Cruising at the aforementioned seventy miles per hour while carrying a two thousand pound load, it would return an average of sixteen miles per gallon, and as it was coupled to a twenty six-gallon fuel tank, it could easily cover three hundred and fifty miles before it needed refilling. Pairing that performance with the sort of power that it could make ensured that the LBZ became a motor of choice for diesel fans everywhere.

The LBZ is a racer's dream motor. The ECM (electronically commutated motor) system that the LBZ uses makes it easy to tune and hot rodders and drag racers have been squeezing every last bit of horsepower and foot-pound of torque out of the motor for the last decade.

With a little know-how and ability, track racers have been able to push the LBZ to produce nearly one thousand horsepower and almost two thousand foot-pounds of torque. If you want your diesel truck to get off the line faster than just about anything else out there, but a  six-point six LBZ under its hood and take it to a tuning shop.

Getting off the line and going fast is all well and good, but most of us are never going to want to compete on the track.

What we really want from a motor is reliability and the ability to help a truck haul whatever we need it to from wherever we are to wherever we’re going. And the LBZ Duramax has a legendary reputation for being both dependable and being able to tow an incredible amount of weight.

Depending on the truck that it was powering, and the chassis rating, the transmission that they used, and whether or not fifth wheel coupling was a factor the LBZ could tow anything from twelve thousand to sixteen thousand pounds of weight.

Without fifth wheel coupling, it was usually rated for most 2500 and 3500 trucks at around twelve thousand pounds, which made it a more than formidable up front diesel power plant.

The 6.6L LBZ Duramax - It May Be Gone, But It Will Never Be Forgotten

Some motors just get in your blood and become the stuff of trucking legend, and the turbocharged, V8 LBZ Duramax is one of those motors. Was its desirability helped by the fact that it had such a relatively short production life?

Absolutely, but what ensured that its legend lived on was its performance, dependability, and versatility. It isn’t often that a motor manages to get everything right, but the six-point six-liter LBZ Duramax did, and that’s why most diesel devotees would still give their right arm to have one sitting in the front of their truck.